Should you buy a newer RTX 3070 gaming laptop,
or can you save some money on an older RTX 2070?   I’ve compared both in 17 different games
at 2 different resolutions to find out. Here are the differences in specs
between these two laptop GPUs.   The newer RTX 3070 came out two years
after the RTX 2070 and has more than   double the CUDA core count. The 3070 has
a higher maximum power limit, so it’s able   to hit higher boost clock speeds as well.

Both
have 8 gigs of GDDR6 memory at the same speed,   but the newer 30 series also has extra
features like resizable BAR and dynamic boost. To do this testing I’m using two Tongfang
laptops, the Neo 15 from XMG for the RTX 3070   and the MAX-15 from Eluktronics for the RTX
2070, as they both have the highest wattage   power limit available, though the 3070 can go
higher with dynamic boost in certain scenarios. Now the older RTX 2070 laptops are only available
with Intel processors. Before AMD’s newer Ryzen   5000, Ryzen 4000 was only available with up to RTX
2060 graphics. Basically because the RTX 2070 is   older we’re expecting it to be paired with older
processors. Unfortunately this does mean that some   of the differences in this video might simply be
down to the CPU difference rather than the GPU,   so it kind of seems like this isn’t going to be
a fair comparison, but it is, because fact is   if you were to buy an older RTX 2070 laptop you
would be getting one of those older processors. Likewise, if you’re instead getting a newer   30 series laptop then you’ll
be getting a newer processor.

To try and mitigate the processor difference I’ll
be focusing on higher setting presets in games,   as these are generally more GPU bound. Plus along
with 1080p results we’ll also be looking at 1440p. I should also note that the older
processor in the 2070 system means   that it has slower memory. Again this
isn’t ideal for a fair GPU comparison,   but it is kind of is what it is. Older CPU
architectures just run with slower memory. Now XMG’s Neo 15 has a MUX switch which let’s
us disable optimus to get the best possible   performance results. Unfortunately the 2070
MAX-15 from Eluktronics does not have this,   so all testing on this one has been
done with an external screen connected   to bypass the integrated graphics and
optimus, as this has the same effect. So basically just to summarize, although
there are some other differences between   these laptops apart from the GPUs, I still think
this is going to be a pretty fair comparison,   so let’s start out by comparing those 17 different
games at 2 resolutions, then after that we’ll look   at things like content creator workloads
and pricing and availability afterwards.

Call of Duty Warzone saw some of the biggest
differences between these two GPUs out of   all 17 games tested. I’ve got the 1080p results
below and 1440p results above, with the older   RTX 2070 on the bottom, and newer RTX 3070 on top.
Even the 1% lows from the 3070 were significantly   ahead of the average FPS that the 2070 laptop
was able to offer. In terms of average FPS, the   3070 was more than 50% faster at both resolutions.
This game also has DLSS support for RTX graphics,   so both the 2070 and 3070 can get a further speed
boost simply by enabling this setting in the game.   The 3070 still has a huge lead, but
the 2070 was still holding its own. On the other end of the spectrum, Red Dead
Redemption 2 had the one of the smallest   differences between the two GPUs out of all 17
games tested. At 1080p the 3070 laptop was just   11% faster than the 2070 laptop, but then at
the higher 1440p resolution the 3070 had a 30%   lead. Higher resolutions generally
need more GPU horsepower to run,   so that’s probably why the difference increases
there.

I’ve compared Control with ray tracing and
DLSS, but let’s start off with neither,   so just stock standard gameplay. At 1080p the 2070
is still running above the 60 FPS sweet spot even   with max settings, but the 3070 is offering a
45% higher average FPS in this GPU heavy game,   and this increases a little more to a 47%
lead at the higher 1440p resolution. Again   with DLSS enabled both laptops are able to
get significant performance improvements,   in fact even the 1% lows in all cases here are
higher than the average FPS prior to enabling   DLSS. I’ve also tested both with RT enabled
to try and compare ray tracing performance.   In terms of percentage difference, the ray tracing
results weren’t too different compared to ray   tracing off, which I found surprising given
the 3070 has 11% more RT cores, plus they’re   the newer 2nd gen version, but that doesn’t
seem to matter much in this particular game. The differences in Microsoft Flight Simulator were
right in line with the 17 game average at 1080p,   but then at 1440p the 3070 has a much larger 57%
higher average frame rate compared to the 2070,   the second biggest difference out of
all titles tested at this resolution. 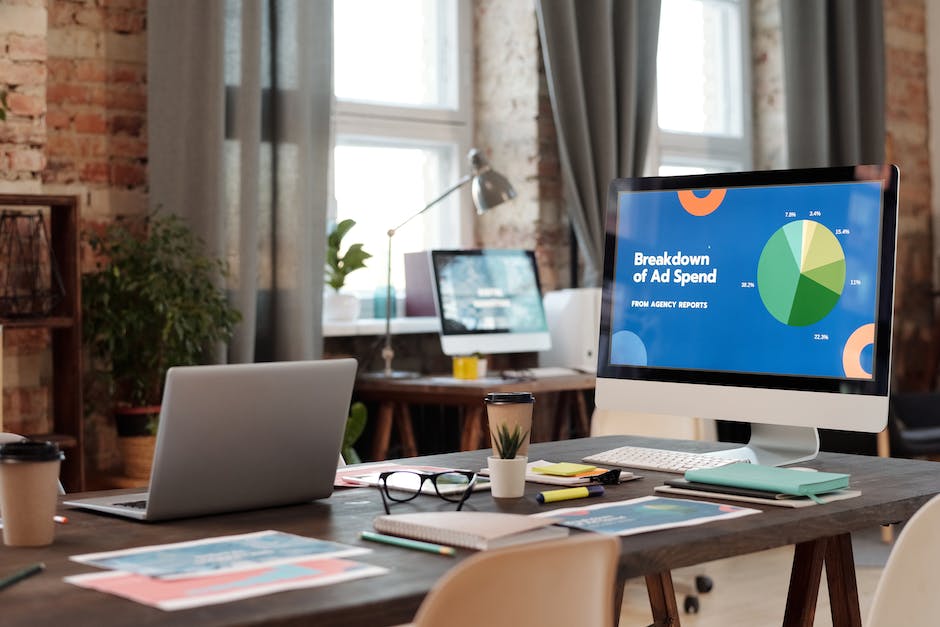 Watch Dogs Legion saw a below average
difference compared to the other games tested,   which I think really goes to show what
happens when both laptops have 8 gigs   of VRAM. If you caught my previous comparison
comparing the 2070 with the lower tier 3060,   Watch Dogs was the only game out of the 17
that still did better on the 2070 simply due   to the 3060 being limited by its 6 gigs of VRAM.
Even Though the difference was below average,   the 3070 is still offering a 37% higher average
FPS at 1440p and 34% higher at 1080p. This game   also has DLSS support which can be enabled to
further boost performance on both laptop GPUs. Fortnite was tested with the exact same replay
on both laptops, and the differences were above   average in this game.

The 2070 is still
doing reasonably well, above 60 FPS at   1440p max settings should be playable, though you
could of course lower the setting level for more   performance, but the 3070 was still 47% faster
here, and 45% ahead at the lower 1080p resolution.   This is another game with DLSS support, so it’s
possible to get gains with both laptops, putting   the 2070 system above 100 FPS at max settings
1440p now, but the 3070 still had a 39% lead. F1 2021 was tested with the highest setting preset
which enables some ray tracing effects by default,   as denoted at the top of the graph. Perhaps
this is why the gains in this game are above   average compared to others, as the 3070 has that
newer generation ray tracing hardware with 11%   more RT cores. The 3070 was 44% faster than the
2070 at 1080p, and then 53% faster at 1440p. Assassin’s Creed Valhalla had below
average differences with the 3070,   though it’s still clearly offering reasonable
improvements. Personally I’m more interested in   comparing the 3070 with the Radeon RX 6700M, as
AMD says that competes with the 3070, and this is   a game that generally seems to favor AMD, so make
sure you’re subscribed for that future comparison.

Rather than talk through the rest of
the 8 games individually in depth,   I’ll just blast through them so we
can get into the average differences   as that’s more interesting, even if all of
this testing did take many hours to complete.   A larger selection of games is important
to help get a better rounded average.   Feel free to pause the video if you want
a closer look at these additional games. On average over all 17 games tested at
1080p, the RTX 3070 laptop was reaching   37% higher average FPS compared to the 2070
laptop. The 3070 was ahead in all games,   as expected, but the margins could vary
significantly depending on the game.   Red Dead Redemption 2 down the bottom of the
graph for example was only 11% faster on the 3070,   while a few other games at the top were more than
50% faster with the 3070, quite a difference. Stepping up to the higher 1440p resolution
the 3070 pulls further ahead with a 44%   average improvement now. Even in the
worst case we’re seeing at least a 30%   improvement in Red Dead Redemption
2.

Bigger differences are expected   at higher resolutions as we
start to become more GPU bound. It’s also worth mentioning that Nvidia’s newer RTX
30 series has more features compared to the older   20 series. Some of the performance differences
mentioned earlier include resizable BAR support   and dynamic boost, but RTX 30 series also has
HDMI 2.1 support. So if you plan on connecting   a high refresh rate 4K screen like a TV or
something then 30 series might be preferable. Just before we get into the price
differences I’m also going to   compare both GPUs in some content creator
workloads – it’s not all just about gaming! The 3070 was a massive 130% faster
than 2070 in the longer classroom test,   which makes sense when you consider that
the 3070 also has 122% more CUDA cores and   this is a CUDA workload. The shorter BMW
test was still 113% faster with the 3070. V-Ray was also better on the 3070,
scoring 95% higher in the CUDA test,   but the ray tracing test was scoring 133% higher
on the 3070, so the RT performance definitely   seems to be much better there.

Not only does
the 3070 have 11% more RT cores than the 2070,   but they’re also newer 2nd gen RT cores.
Some games like Control earlier didn’t   seem to care about this, but it’s definitely
making a bigger difference in creator apps. SPECviewperf tests out various
professional 3D workloads,   and the 3070, shown by the purple
bars, was ahead in all of these tests,   though the margins could vary a fair
bit depending on the specific test. Alright great, so the 3070 performs
better than the older 2070 as expected,   but what are the price differences? Is the
2070 actually better value? Prices will of   course change over time, so refer to those
links in the description below for updates. At the time of recording, scrolling through
Newegg for RTX 2070 laptops isn’t looking   great as they’re generally similar and
often more expensive than 3060 options,   and I’ve already shown in another
video that the 3060 beats the 2070.

Generally speaking, we seem to be
looking at about $300-500 USD more   for a modern 3070 laptop, though prices
of course depend on the specific model,   and lower priced options often have lower
power limits which don’t perform as well. Even if we go $500 more or 33% more money, that
could still be worth considering, of course if you   can afford it. Not only do you get a more modern
processor, but on average in games there was a 37%   performance increase, so 33% more money for a 37%
FPS boost doesn’t sound too unreasonable to me. Now considering that price increase at least
somewhat scales with the performance increase   it might appear that the 2070 is still worth
considering, and hey as we’ve seen in many of   the games tested the 2070 does still perform
pretty well. The problem that I’ve got is that   2070 laptops seem to generally be priced close to
3060 laptops, so based on that alone there’s no   real point considering a 2070 laptop if you
can get a 3060 laptop for a similar price. Check out this video next if you want to
see how the 3060 compares against the 2070.   Make sure you’re subscribed for future laptop
comparisons like this one, and come and join   me in Discord and get behind the scenes
videos by supporting the channel on Patreon.